Home » eDiscoveryDaily » Electronic Discovery » It May Be FALL, But eDiscovery Business Confidence Is On The RISE: eDiscovery Trends

It May Be FALL, But eDiscovery Business Confidence Is On The RISE: eDiscovery Trends 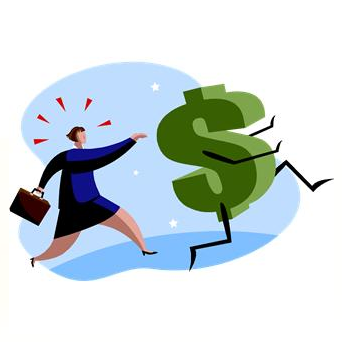 As always, Rob provides a complete breakdown of the latest survey results, which you can check out here.  So, to avoid redundancy, I will focus on trends over the past four surveys (for the most part) to see how the responses have varied from quarter to quarter.

Again this quarter, I’ll be participating in a panel discussion webinar moderated by Mary Mack of ACEDS with George Socha of BDO Consulting, Eric Mandel of Indicium Law, Zach Warren of Legaltech News, David Horrigan of kCura and Jennifer Johnson of Commonwealth Legal also participating as panelists where we will discuss these trends and others.  Click here to register for that webinar.

Over a Hundred Respondents Again: This time, there were 113 total respondents to the survey, which is over 100 respondents for the second straight quarter.  Continued sponsorship from ACEDS and promotion from EDRM, strong>LTPI, Masters Conference, kCura, Women in eDiscovery and new Canadian sponsor Commonwealth Legal (not to mention us here at CloudNine) has helped continue to keep the number of respondents high.

Respondents Still Diverse, But Slightly Less So: Of the types of respondents, 57 out of 113 were either Software and/or Services Provider (33.6%) or Consultancy (16.8%) for a total of 50.4% of respondents as some sort of outsourced provider (just over half of total respondents).  Law firm respondents were still in a strong second place with 28.3%.  Corporation respondents was the only other category over 10% this time.  Here’s a graphical representation of the trend: Over Half of Respondents Consider Business to Be Good: Over 56% (56.6%, to be exact) of respondents rated the current general business conditions for eDiscovery in their segment to be good, with 6.2% rating business conditions as bad.  Last time, those numbers were 47.6% and 13.7% respectively.  Does this reflect a seasonal dip during the summer – the only quarter where less than half of the respondents were bullish on business?  We’ll see.  Here is the trend for the four quarterly surveys this year: Almost Everyone Still Expects eDiscovery Business Conditions to be as Good or Better Six Months From Now: Almost all respondents (94.7%) expect business conditions will be in their segment to be the same or better six months from now (slightly down from last quarter’s 97.0%).  Revenue (also at combined 94.7% for the same or better) and profit (combined 89.4%) were improved over last quarter.  Here is the profits trend for the four quarterly surveys this year: Increasing Volumes of Data is Clearly Considered to be the Most Impactful to eDiscovery Business: Increasing Volumes of Data (33.6%) was clearly considered to be the most impactful to the business of eDiscovery over the next six months, followed by Budgetary Constraints (a distant second at 24.8%).  Increasing Types of Data (15.9%) rose to third, Lack of Personnel and Data Security (both at 9.7%) tied for fourth and Inadequate Technology (6.2%) dropped back to dead last (where it has been in all but the last survey).  The graph below illustrates the distribution across the four quarterly surveys this year.

The clearly notable trend here is the continued rise in the importance of Increasing Volumes of Data.  With data doubling in organizations every 1.2 years, it’s clear that the issue of data discovery is becoming more important than ever.

Continued Increase in “Rank and File” Responses: Last time, we noted a virtual even split among type of respondents (based on role), with Executive Leadership, Operational Management and Tactical Execution almost an even split.  The latter two categories continues to rise, at 73.5% of total respondents (with Executive Management down to 26.5%, less than half of the first two surveys).  Here’s that breakdown, quarter by quarter: Canada Even More Bullish: Across the board, the respondents from Canada were even more confident in the state of eDiscovery business than the group overall.  As an example, here are the expectations for revenue for the next six months for all respondents and for Canadian respondents: