Size Does Matter When it Comes to eDiscovery Business Confidence this Winter: eDiscovery Trends 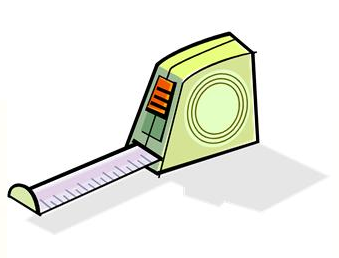 The Complex Discovery eDiscovery Business Confidence Survey is starting its third year and the results are in!  As was the case for the 2016 Winter, Spring, Summer and Fall surveys and the 2017 Winter, Spring, Summer and Fall surveys, the results for the Winter 2018 eDiscovery Business Confidence Survey are published on Rob Robinson’s terrific Complex Discovery site.  How confident are individuals working in the eDiscovery ecosystem in the business of eDiscovery?  Let’s see.

As always, Rob provides a complete breakdown of the latest survey results, which you can check out here.  As I’ve done for the past few surveys, I will provide some analysis and, this year, I’ll take a look at all surveys conducted to look at trends over time.  So, this time, I will look at the results for all nine surveys.

The Winter 2018 Survey response period was initiated in late December, and continued until registration of exactly 100 responses by Tuesday (January 16).  Rob notes that this limiting of responders to 100 (or so) individuals is designed to create linearity in the number of responses for each quarterly survey.  So, in the future, if you want your voice heard, respond early!

Software/Service Providers and Law Firms are Still the Top Two: Of the types of respondents, 76% were either Software and/or Services Provider (43%) or Law Firm (33%).  As usual, Consultancy was third with 13%.  If you count law firms as providers (they’re technically both providers and consumers), this is a very provider heavy survey (which makes perfect sense as they would be most interested in eDiscovery business confidence).  Here’s a graphical representation of the trend over the nine surveys to date:

With the exception of the two larger surveys in 2016 (before the 100 vote limit was instituted), the top three types of respondents have routinely comprised around 90% of the overall respondents.  So, those groups are either more interested in eDiscovery business (likely) or more interested in responding quickly.

Once Again, Over Half of Respondents Continue to Consider Business to Be Good: Over half (58%, to be exact) of respondents rated the current general business conditions for eDiscovery in their segment to be good, with 7% rating business conditions as bad.  Last quarter, those numbers were 55% and 9% respectively, so both numbers reflect a current bullish sentiment.  Will that continue?  We’ll see.  Here is the trend over the nine surveys to date: eDiscovery Business Conditions and Revenue Expectations Six Months From Now Stays Strong, Profit Expectations Slip: Almost all respondents (95%) expect business conditions will be in their segment to be the same or better six months from now (about the same as last quarter’s 96%), and the percentage expecting business to be better rose a tick to 56%.  Revenue (at combined 93% for the same or better) is about the same as the last quarter.  Profit expectations (combined 83%) dropped a bit from last quarter, with those expecting lower profits at an all time high.  Here is the profits trend over the nine surveys to date: Good news, bad news here: Almost half of the respondents expect profits to be higher here, but about one-sixth expect them to be lower.  With revenue projections comparable to last quarter, it seems as though providers are concerned about increasing expenses.

Increasing Volumes of Data as Back to Being Most Impactful to eDiscovery Business: Size matters, remember?  Increasing Volumes of Data was the top impactful factor to the business of eDiscovery over the next six months at 29%, with Budgetary Constraints next up at 25%.  The other four factors were again comparable: Increasing Types of Data (16%), Data Security (13%), Inadequate Technology (9%) and Lack of Personnel (8%).  The graph below illustrates the distribution over the nine surveys to date: Increasing Volumes of Data and Budgetary Constraints have been in the top three for each survey and the top two most of the time.  That’s a consistent trend. The distribution has varied over time, but it’s an executive heavy survey this time.  Does that reflect any added significance in the numbers?

Again, Rob has published the results on his site here, which shows responses to additional questions not referenced here.  Check them out.