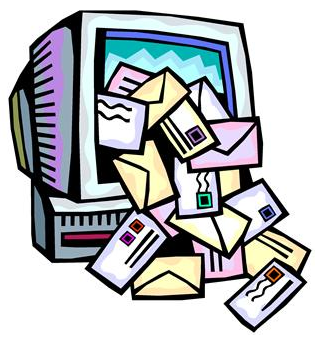 Early in the life of this blog, we published a blog post called eDiscovery 101: Simply Deleting a File Doesn’t Mean It’s Gone to try to help our readers understand how disk drives keep track of files and how “deleted” files often can still be recovered. Something tells me that basic forensic concept will become a big issue in the coming weeks and months regarding Hillary Clinton’s deleted emails.

As reported by Politico in Hillary’s emails: Deleted but not gone (by Joseph Marks and Rachael Bade), Clinton’s attorney David Kendall on Friday wrote Benghazi Committee Chairman Rep. Trey Gowdy (R-S.C.), declining the committee’s request for the personal server that she used for emails while she was Secretary of State (which we discussed previously here) to be turned over to an independent third party. The committee said it wants a third party to verify that all Benghazi-related emails were in fact turned over to the panel – especially after Clinton acknowledged deleting anything determined to be “personal” messages. Kendall called the request pointless, saying Clinton’s IT staff had confirmed to him the messages are gone for good (Gowdy, in a statement, said that Clinton “unilaterally decided to wipe her server clean and permanently delete all emails from her personal server”).

But, are the emails really gone? According to my colleague, Michael Heslop, Vice President of Computer Forensics at CloudNine, that depends on what they mean by “wiped”. “If they forensically wiped the server, then it’s likely not recoverable from there”, said Heslop. “But, the data might still be available via other sources, such as backups or an offline storage table (OST) file on the computer that was used for email.”

As an example, the Politico article references the case of former Internal Revenue Service official Lois Lerner, who came under scrutiny over charges that the IRS targeted tea party groups for heightened scrutiny, after the IRS said that a 2011 hard-drive crash rendered her emails irretrievable. The agency trashed the hard drive and said it had over-written back-up tapes, yet other recovered back-up tapes appears to have yielded the missing emails.

Not surprisingly, the conservative group Freedom Watch has filed a racketeering lawsuit against Clinton that accuses her of failing to produce documents under the Freedom of Information Act (FOIA). So, expect efforts to scrutinize the deletion of Clinton’s emails to intensify. And, that’s no April Fools joke.

So, what do you think? Have you ever had to recover deleted emails? Were you successful in doing so? Please share any comments you might have or if you’d like to know more about a particular topic.

Disclaimer: The views represented herein are exclusively the views of the author, and do not necessarily represent the views held by CloudNine. eDiscoveryDaily is made available by CloudNine solely for educational purposes to provide general information about general eDiscovery principles and not to provide specific legal advice applicable to any particular circumstance. eDiscovery Daily should not be used as a substitute for competent legal advice from a lawyer you have retained and who has agreed to represent you.